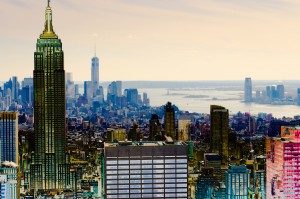 The top destination for travel in the U.S., you may find it difficult to believe that this year is any more amazing than others when it comes to visiting New York City. From Michelin star restaurants and five star hotels to world famous attractions and historic sites of interest, there area already thousands of easy reasons to choose New York City as your destination of choice however, this year holds plenty of new things in store as well. From new attractions to hotel openings, William Bailey Travel takes a closer look at 3 reasons 2015 is the best year to visit.

Recently reopened, this historic NYC hotel, built nearly a century ago, has reopened and once again offers the sort of lavish style and excitement you would expect from a hotel of its caliber. Put on the National Register of Historic Places in 1980, the Knickerbocker once again offers the glitz and glamour it did when it was first opened. First opened in 1906 it closed in 1921 and was used for offices for many years. Today, the famed Beaux Arts building is once again reopened for business and includes 330 luxury rooms and a lifestyle you won’t want to miss.

The New One World Observatory

Finally opening to the public this month, the One World Observatory is offering a view of NYC like never before. The observatory is located 1,250 feet above the city and was built not only to offer a splendid view but as a reminder that no matter what happens, New York and America will survive. Officially the tallest structure in the Western Hemisphere, everything about a visit to this new and exciting structure is amazing. From the ride up to the stories throughout, this is truly an experience you won’t want to miss.

In 2012 Hurricane Sandy struck the east coast and areas of the city including Ellis Island were inundated from the storm surge. Closed for more than a year, Ellis Island partially reopened however, renovations continued. This month, the Peopling of America Center at Ellis Island opens in honor of the millions of immigrants who passed through New York Harbor in search of a better way of life. This new exhibition and the new Museum now known as the Ellis Island National Museum of Immigration, tells the story of over 12 million immigrants who made their way into the U.S. between the years 1892 and 1954.

Just a few of the many reasons you won’t want to miss NYC in 2015, there are plenty other amazing experiences, events and destinations you will have to see to believe in NYC.